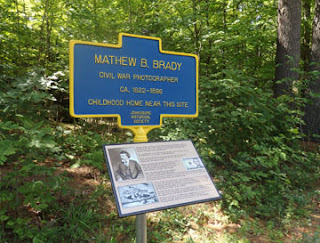 There is a growing consensus that Brady fibbed for most of his adult life and that he really was Irish-born. It’s a surprising realization about the man who described his art as the “great and truthful medium of history.”
Posted by Sharon at 11:02 AM